The second annual school of the LIMQUET project was held at the Sol Marina Palace Hotel in Nessebar, Bulgaria from the 9th to the 12th of September, 2019. It was organized by the team of LIMQUET member Pr. Nikolay Vitanov from the Foundation for Theoretical and Computational Physics and Astrophysics and the University of Sofia, Bulgaria. The focus of the school was on established light-matter interfaces and coherent control strategies, which are usually not taught in standard physics courses. Training in this field allowed the ESRs to put their own research projects into perspective and make maximum use of expert knowledge from a broader community.

The basic science lectures of the schools focused on the following broad topics:

• Quantum Information and Simulation (all WPs).

However, in contrast to the first school where the lectures mostly focused on the fundamental principles behind the research topics of the project, the lectures in this school addressed more focused and advenced topics. In addition, during the school, the ESRs attended two lectures taught by Bruce Shore, a pioneer in quantum optics and quantum control, on advices on how to present a scientific talk and how to write a scientific article. Finally, two sessions were devoted to short presentations of their research projects by the ESRs.

Summary of the lectures

Lectures given by external speakers

Dominique Sugny is a Professor of physics at the Université de Bourgogne specialized in molecular physics, the control of quantum systems by electromagnetic fields and non-linear dynamics. He was awarded in 2015 the Hans Fisher Fellowship of the Technical University of Munich for his work on the applications of optimal control theory to Nuclear Magnetic Resonance and to Magnetic Resonance Imaging (MRI). His lecture was devoted to the theory of optimal control and its applications in molecular physics, quantum technologies and in magnetic resonance.

Gheorghe Sorin Paraoanu is a senior scientist in the Low Temperature Laboratory at Aalto University (Helsinki, Finland). His main research interests include quantum gases, quantum computing with superconducting qubits, and nanomagnetism. His talk was an introduction to superconducting qubits for quantum information processing.

Boris Naydenov has been a Senior scientist at the Institute for Quantum Optics at the University of Ulm, Germany, since 2011. His research interests include quantum computing with defects in diamond, magnetic resonance techniques, quantum sensing schemes with individual spins, spin detection in biological molecules. His lecture entitled “nanoscale magnetic resonance” focused on the physics of nitrogen vacancy centers in diamond and their applications in the sensing of magnetic fields at the nanoscale, the control of nuclear spins and solid state quantum simulations.

Simon Pigeon is a senior post-doctoral fellow at the laboratoire Kastler Brossel at Sorbonne University where he studies thermodynamic and hydrodynamic aspects of exciton-polariton fluids. His presentation entitled “Liquids of light made of polariton and others” introduced the topic of fluid of light as obtained using various physical platforms and provided some insight into how these system can be used to study the complex dynamics of turbulent fluids.

Patrick Cheinet is a Chargé de Recherche (CNRS research assistant professor) at the Laboratoire Aimé Cotton at the Université Paris Sud. His research interests include using cold Rydberg atoms to study few-body physics, the intrication of physical systems or the realization of self-organized networks. In his lecture, he provided a detailed presentation on the physics of Rydberg atoms and their interaction, focusing on their properties, on the Stark effect induced by an electric field, on their dipole-dipole and Van der Waals interactions. He also talked about several possible applications of these studies, particularly in the field of quantum technologies.

Matthias Wollenhaupt is Professor for Experimental Physics at the Carl von Ossietzky Universität Oldenburg. He works in the field of laser induced ultrafast processes in material systems including femtosecond time-resolved spectroscopy, coherent dynamics and laser control of quantum systems. Pr. Wollenhaupt presented an overview of the research performed in his group on the ultrafast coherent control of electron wavepackets. He showed how using complicated laser pulse pairs with controlled polarization, carrier-enveloppe phase, relative phase, etc. allow to generate electron wavepacket with desired shapes through multi-photon ionization of atoms.

Boyan Torosov is an associate professor at the Institute of Solid State Physics, Bulgarian Academy of Sciences. His research interest lies in the field of the Quantum control of quantum systems. His talk was devoted to the coherent control of quantum systems via composite pulse sequences. The theoretical approach to derive such pulse sequences was introduced and applications to various physical systems were then presented.

Genko Genov is a senior post-doctoral fellow in the group of Pr. Fedor Jelezko at the Quantum optics institute at the University of Ulm. His research interests include Quantum Optics, Coherent Control and Quantum Information. In his talk entitled “Introduction to Dynamical Decoupling for Quantum Technologies”, he discussed dynamical decoupling as a way to suppress the effect of unwanted noise in the dynamics of a quantum system. Various implementations of the process were addressed and an application to quantum sensing and quantum memories was presented.

Bruce Shore is a retired professor at the Lawrence Livermore national laboratory. He is an influencial researcher in the fields of quantum optics and quantum control of atomic and molecular systems by laser fields. Bruce Shore gave two tutorial lectures focused on good practices in scientific presentations and writing, respectively.

Lectures given by LIMQUET members

Gérard Colas des Francs gave a lecture entitled “cQED-like description for quantum plasmonics. After an introduction of the subject of light-matter interaction at the nanoscale, the potential of plasmonic platforms to achieve a strong coupling of light and matter was established in analogy to the field of cavity QED. Then followed an introduction to the field of plasmonics, from the classical and the the quantum perspective.

Andon Rangelov talked about classical analogues of quantum physics, i.e classical systems governed by equations that are mathematically equivalent to the Schrödinger equation. In these cases, known quantum phenomena and solutions to the Schrödinger equation can be transpose to the classical system and used to predict new phenomena. Basic two- and three-state driven quantum systems were first introduced along with classical analogues in polarization optics, non-linear optics, waveguides, wireless energy transfer, to name a few.

The school was also an occasion for the ESRs to present their first results. Two sessions of 20 min. ESR talks were organized and chaired by Ana Mićević, ESR 14 working at QuBig with Enrico Vogt and the second by Juan Rafael Alvarez Velasquez, ESR 4 working at Oxford with Axel Kuhn. 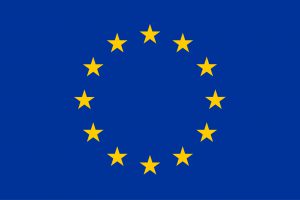 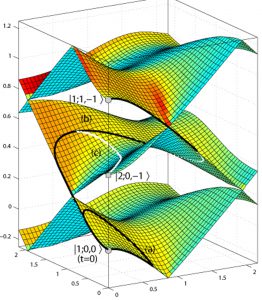